Radio: drag the dial across frequencies at any given time, any given place and you will hear a cacophony of sounds. Static, pops and crackles, whistles, the tap, tap tap of the world and the universe going about its electromagnetic business. In between those sounds are stations: broadcasts that are music, news, chatter, cryptic messages and espionage. Stretching out around the world in a network of terrestrial communication, bouncing off the heaviside and landing back again to be collected by radio-listeners – in cars and in kitchens. Sisters Akousmatica are always listening – seeking out the strange broadcasts destined for…

Sisters Akousmatica examine further the waves of anonymous/clandestine radio broadcast as a vehicle for archiving women’s role in sound (art, music and broadcast) through an interrogative, parasitical way of creating and collecting content. Seeding of their Silent key investigations was developed with funding from South Australian arts organisation Vitalstatistix, through their national hot-housing project Adhocracy 2017.

NM,SK commissioned for Radiophrenia 2017, Scotland, was the first radio work exploring the phenomenon.

Following unusual signals across the earth, Sisters Akousmatica wrote a book about their research (SK as part of The People’s Library 2018), and use it as a score to dissect the silent key phenomena.

Their first live remote performance of the Chapter One: Signal fantôme ~ Onde fantôme was selected among 130 proposals to radio play for the International Women’s Day event, Celebrating Women in Sound, 8 March 2018, at the Great Hall of Goldsmiths University, London. They read in Glebe, walked in Hong Kong, and were heard in London, using field recordings, hurdy gurdy, pink noise machine, electromagnetic pick up, voice and radio broadcast.

Sisters Akousmatica’s work was presented in The Room of Sounds in Universidade Federal do Rio Grande do Sul, Brazil on the 10th of August 2018. 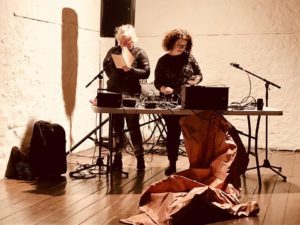 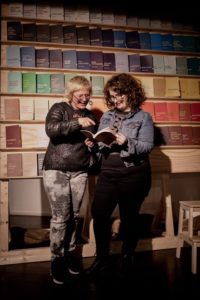 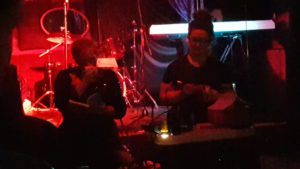